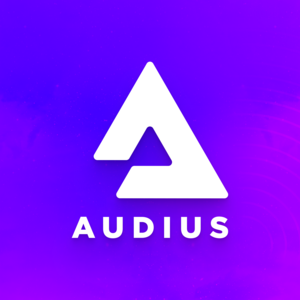 Audius is a digital streaming service that connects fans directly with artists and exclusive new music.

It does this by being fully decentralized: Audius is owned and run by a vibrant, open-source community of artists, fans, and developers all around the world. Audius gives artists the power to share ...

never-before-heard music and monetize streams directly. Developers can build their own apps on top of Audius, giving them access to one of the most unique audio catalogs in existence.

Backed by an all-star team of investors, Audius was founded in 2018 and serves millions of users every month, making it one of the largest crypto applications ever built.

Forrest Browning, co-founder and CPO of Audius, is a Forbes 30 Under 30 recipient, and most recently was a Co-Founder of StacksWare, an enterprise datacenter management platform started from a Stanford University research project. The company provides analytics at scale for Fortune 500 customers, and was successfully acquired in late 2017.

In a move that leaves no question as to the blockchain winner in the music space, Audius, the blockchain-enabled music platform with more than 6 million monthly users, announced a new $5 million round of strategic funding today from several of the biggest names in the music industry.

The capital injection partners Audius with some of the biggest names in music on and off stage. Artists including The Chainsmokers, Katy Perry, Nas, Steve Aoki, Jason Derulo, and many more join industry heavyweights like Maverick Founder Guy Oseary’s Sound Ventures, John Josephson of SESAC, and Martin Bandier, former CEO of Sony Music, to anoint Audius as the favored music platform for artists and as the music industry’s blockchain winner.

Some of the biggest artists in the world see the need for alternatives to the current business model. The Chainsmokers, for example, are excited to revisit the roots of their initial success, specifically the ability to share new content with fans more directly:

“We got our start sharing music directly with fans and so we are really aligned with the way Audius uses the blockchain to enhance the artist-fan relationship. We plan to upload the stuff we play live, which we wouldn’t typically share on traditional music platforms. It’s a purer alternative to the more polished album rollouts that we will continue to deliver. As an artist it’s empowering to share different creative choices and to test stuff out in a lower-stakes environment. Additionally, for us the role of developing a community around our music has always allowed us to grow and motivated us to take risks. Audius continues to empower the artists and their community to seek freedom in all aspects of their art as the music business hopefully shifts more in favor of the artists fueling the economy.”

Music has often been an early adopter of disruptive technology, and it seems blockchain will be no different. Mainstream adoption of Audius is happening in front of us, as over six million users are listening and engaging on a monthly basis. The platform, which recently announced a partnership with TikTok, is now the largest decentralized consumer product on earth and the fastest-growing streaming platform outright.

Grammy-winning, platinum-selling hip-hop legend Nas puts it bluntly: “I’ve known that blockchain will change the world since I invested in Coinbase five years ago and I believe it might be the most important technology to ever hit the music industry. Everyone who uploads to Audius can be an owner, you can't say that about any other platform.”

Launched in late 2019, the Audius community has grown to over six million users monthly in just under two years. Artists such as Mike Shinoda of Linkin Park, Russ, Diplo, Skrillex, MadeinTyo, Deadmau5, and over one hundred thousand other artists have all uploaded music to the site, which serves as a boundless creative music community rather than a competitor to traditional online music platforms. While the network has catered favorably to independent artists in the past, this news reflects Audius' first step toward integrating with the existing industry in a cooperative and exciting way.

This latest investment was originated by Blockchange Ventures, an early stage blockchain venture fund. It has made over eighty investments in the space and manages over $1 billion in assets.

Audius is a digital streaming service that connects fans directly with artists and exclusive new music. It does this by being fully decentralized: Audius is owned and run by a vibrant, open-source community of artists, fans, and developers all around the world.

Audius was founded in 2018 and serves over 6 million users every month, making it the largest crypto application ever built.